Ruckus works to open up performance spaces that both provoke conversation and bewilder the viewer, driving them to ask questions about the logic of what is happening before them. Through layering improvisation and choreography, Ruckus dance leads its viewers to analyze what is being generated live. Priorities in performance include but are not limited to clarity, rigor, exhaustion, self-annihilation, self-love, focus, distraction, multi-tasking, and grit. Ruckus Dance is choreographed and directed by Michael Figueroa. 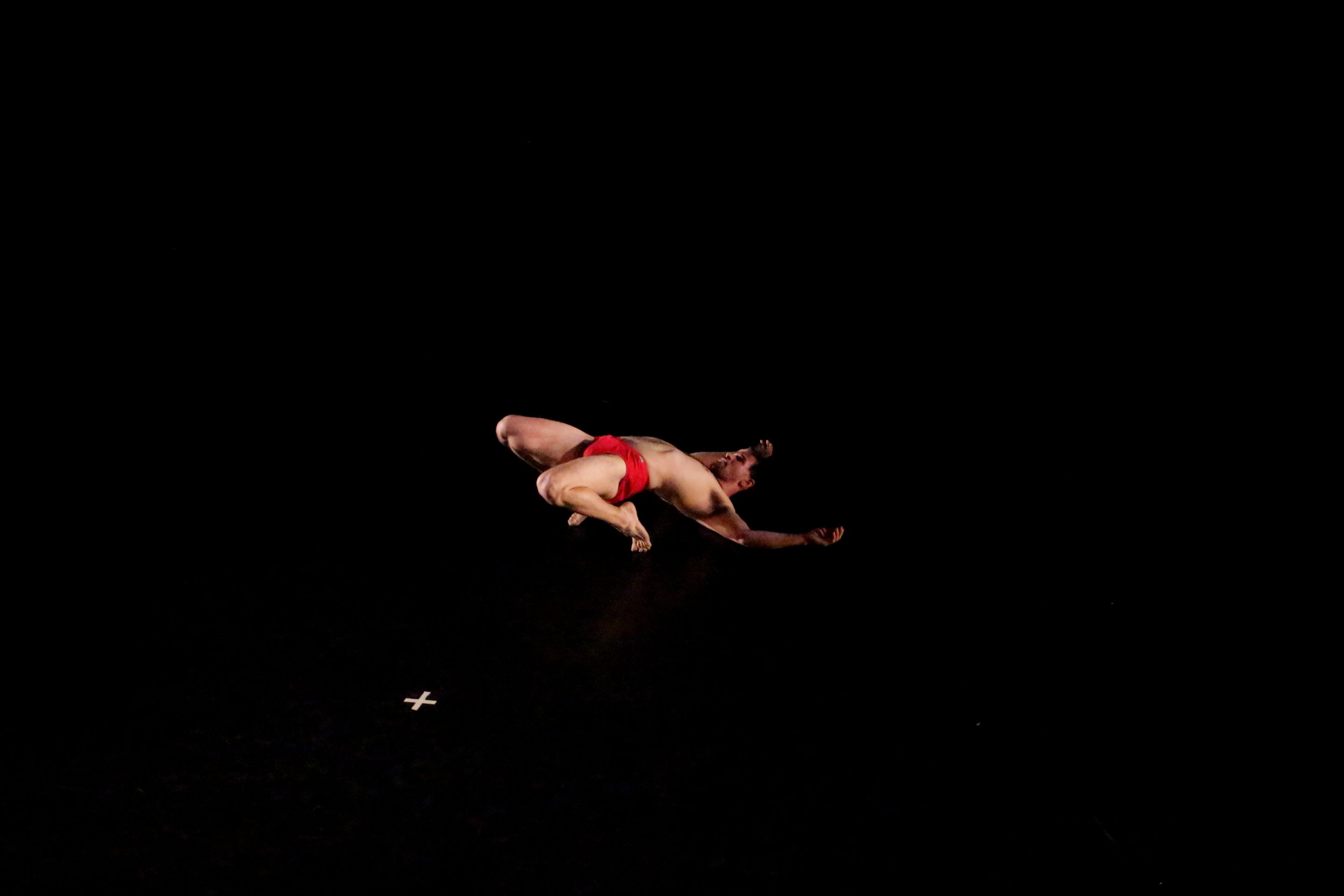 premiered in the first Catalyst Series at the Dance Complex in Cambridge, MA

MICHAEL FIGUEROA is a Boston-based (by way of South Florida) performance maker, teacher, dancer, and director of Ruckus Dance.  His dances deal with rulebreaking, rote memory, personal anecdotes, occasional audience participation, and improvised situations. In the year 2018, he presented three evening-length shows: Baby’s First Show at The Dance Complex (Cambridge, MA), Ruckus Dance: KnockOut at the Performance Garage (Philadelphia, PA), and all by myself at Arts at the Armory (Somerville, MA). The shows were a part of the Ruckus Dance: 2018 Tour & Performance Series, made possible with grant support from The Boston Foundation, Somerville Arts Council, and the New England Foundation of the Arts. Michael has premiered four solos in the Greater Boston area, and his work has been commissioned by SPACE Gallery (ME), Dance Now Boston, Outside the Box Festival, Mobius Artists Group (MA), and The Dance Complex. He attended The Boston Conservatory and graduated with a BFA in dance.

For the past three and a half years, Michael has taught weekly classes as a part of the Midday Movement Series, in addition to workshops at Boston Arts Academy, Moving Target Portland & Boston, College of the Holy Cross, and Cambridge Rindge & Latin School, and Access 8 at Gibney Studios. His teaching practice navigates the intersections between choreography and improvisation and encourages participants to investigate what they already know and determine how they learn best.

We would like to express our special thanks to the Boston movers from Cratos Moving! When we needed help with the move, these guys made it all happen without too much stress or hassle. We are really delighted with their work, so we decided to express our gratitude and recommend them to our customers!